Computer historians regard the Antikythera mechanism as the earliest computer. The ancient Greeks made the analog computer 2,000 years ago. They used to predict the position of stars and planets. Subsequent computers of the late 1800s,  early and mid-1900s gave rise to the ENIAC, Z1, differential engine and advances in semiconductor and computer science made laptops, smartphones and programming languages. With such lightning-fast calculating modern computers, new jobs were made for the same purpose of improving technology, software, internet, and website. The following jobs include their descriptions and the table of soft and hard skills. 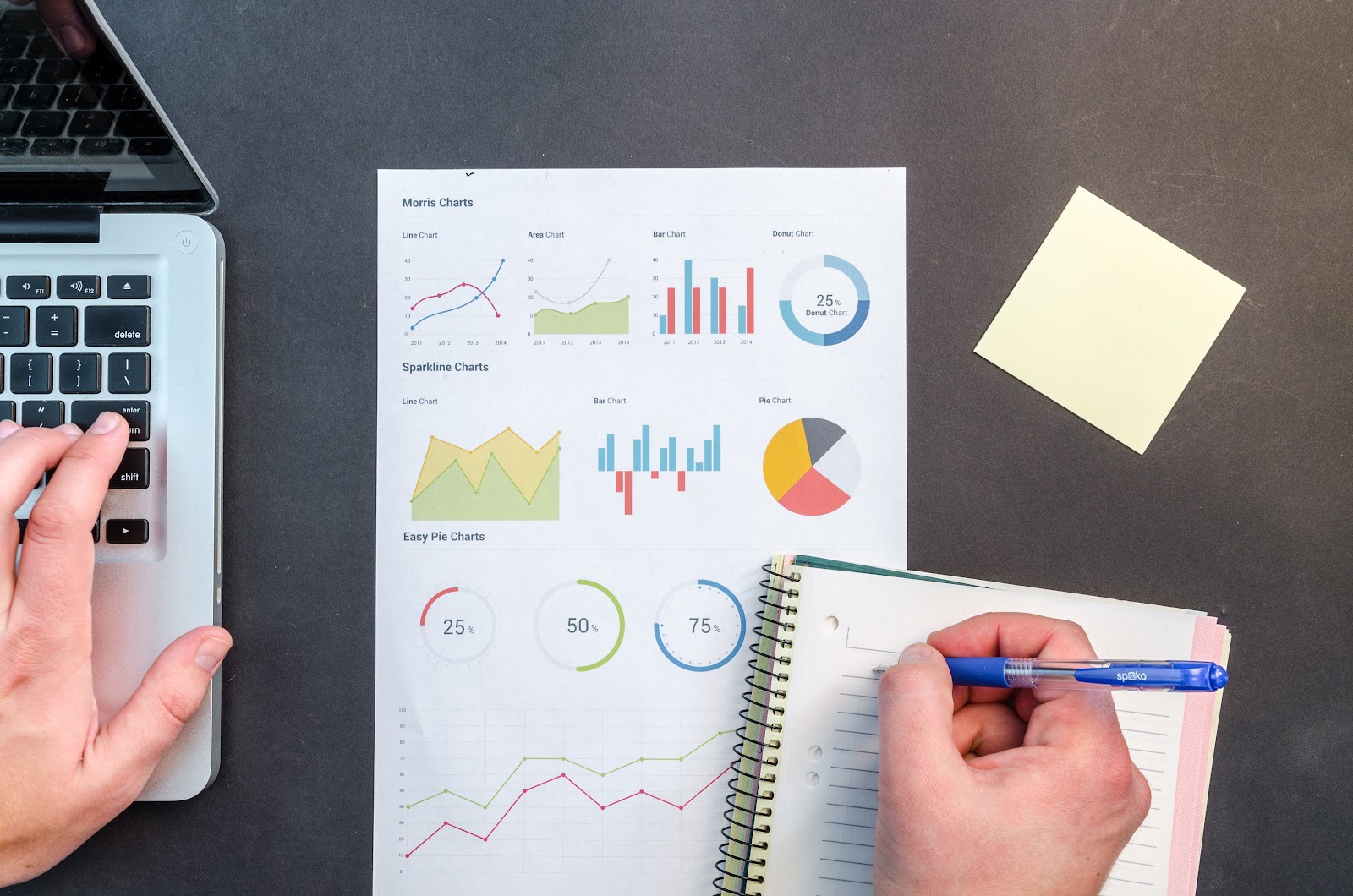 Photo by Lukas from Pexels

The job of the data analyst is to collect statistical data and translate them into plain English, chart tables, and graphs. In this role, you may use tools such as google docs, Yandex and Microsoft docs, MS Spreadsheet, SQL, Python and R and use them to work in companies dealing with consulting, stock exchange, credit bureaus, and insurance. You’ll help businesses make the right decisions by building the following four types of data analytics: 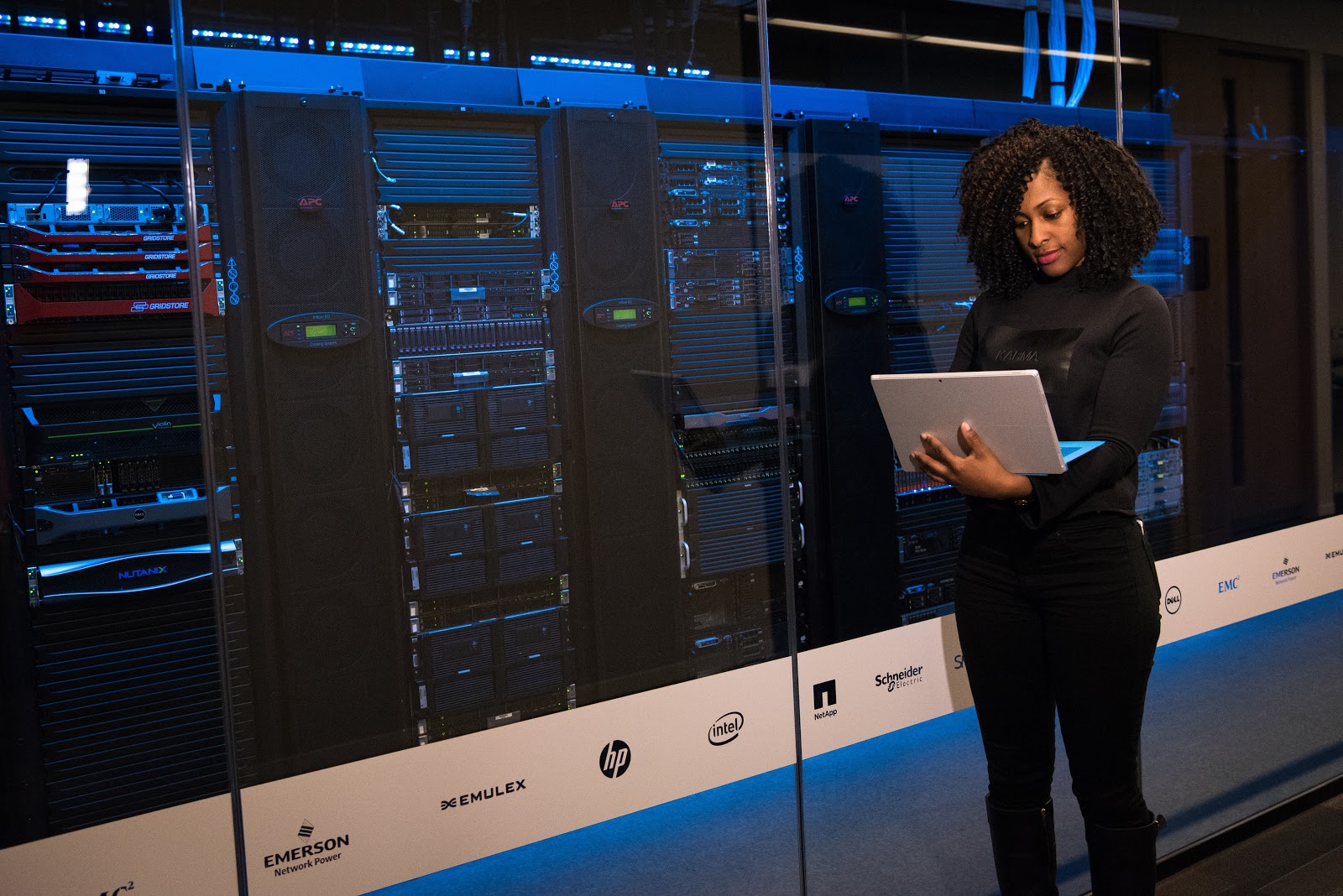 Photo by Christina Morillo from Pexels

The information technology infrastructure and computers won’t be successful without an efficient networking system. Configuring and making such wireless and wired connections among computers and servers is the job of a Network Administrator. Companies/organizations use servers, and routers to store and exchange data. You’ll work in hospitals, insurance carriers, technical consulting services, hospitals, schools, engineering firms and computer systems design companies, etc. 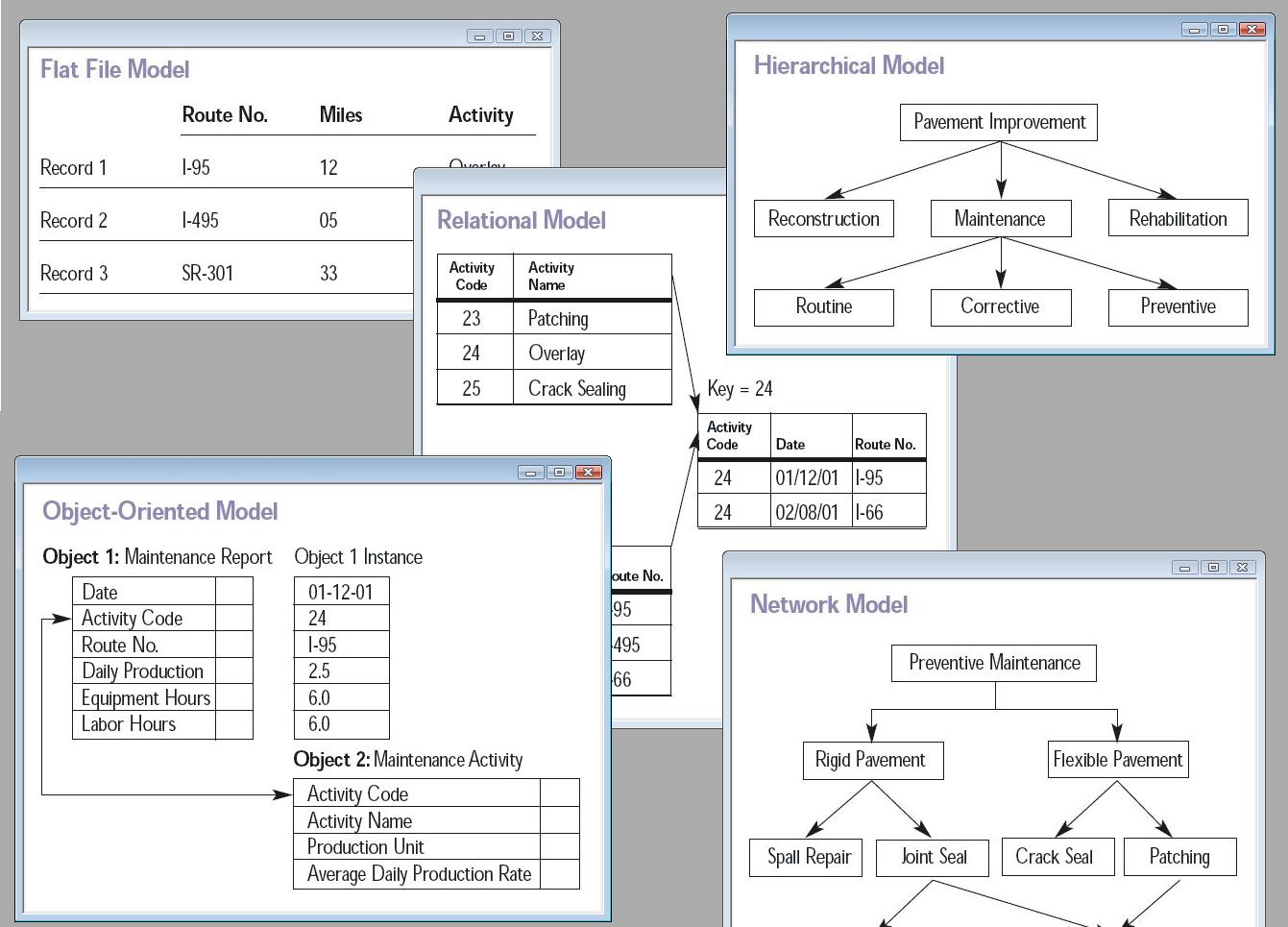 Screenshot by Marcel Douwe Dekker and licensed under Creative Commons

DBAs are masters of data and database which is a collection of information that could be numbers, texts, photos, graphics, and videos. They are also called Data Engineers. A day in the life of a DBA involves performing these tasks:

Where do DBAs work?

DBAs work in companies and organizations that use databases to retrieve and save confidential info. They work in the IT department of hospitals, banks, insurance, entertainment, web hosting. In a hospital, a DBAs and bioinformatician (a hybrid profession of IT and medicine) keep files of patients, make analysis, retrieve medical data and interpret biological data that can be useful for medical research and finding cures.

In banks, you’ll monitor, install, and secure databases of bank accounts using RDBMS (relational database management system) eg: MySQL, Oracle, PostgreSQL, and MS SQL server. You will use codes such as SQL (structured query language), shell scripts, and Perl scripts. In plain English, SQL is a programming language used to retrieve data, shell script refers to a commands list run in Unix shell (a type of command-line or black screen with white text), and Perl (a multi-purpose programming language used for network programming and web dev and much more). 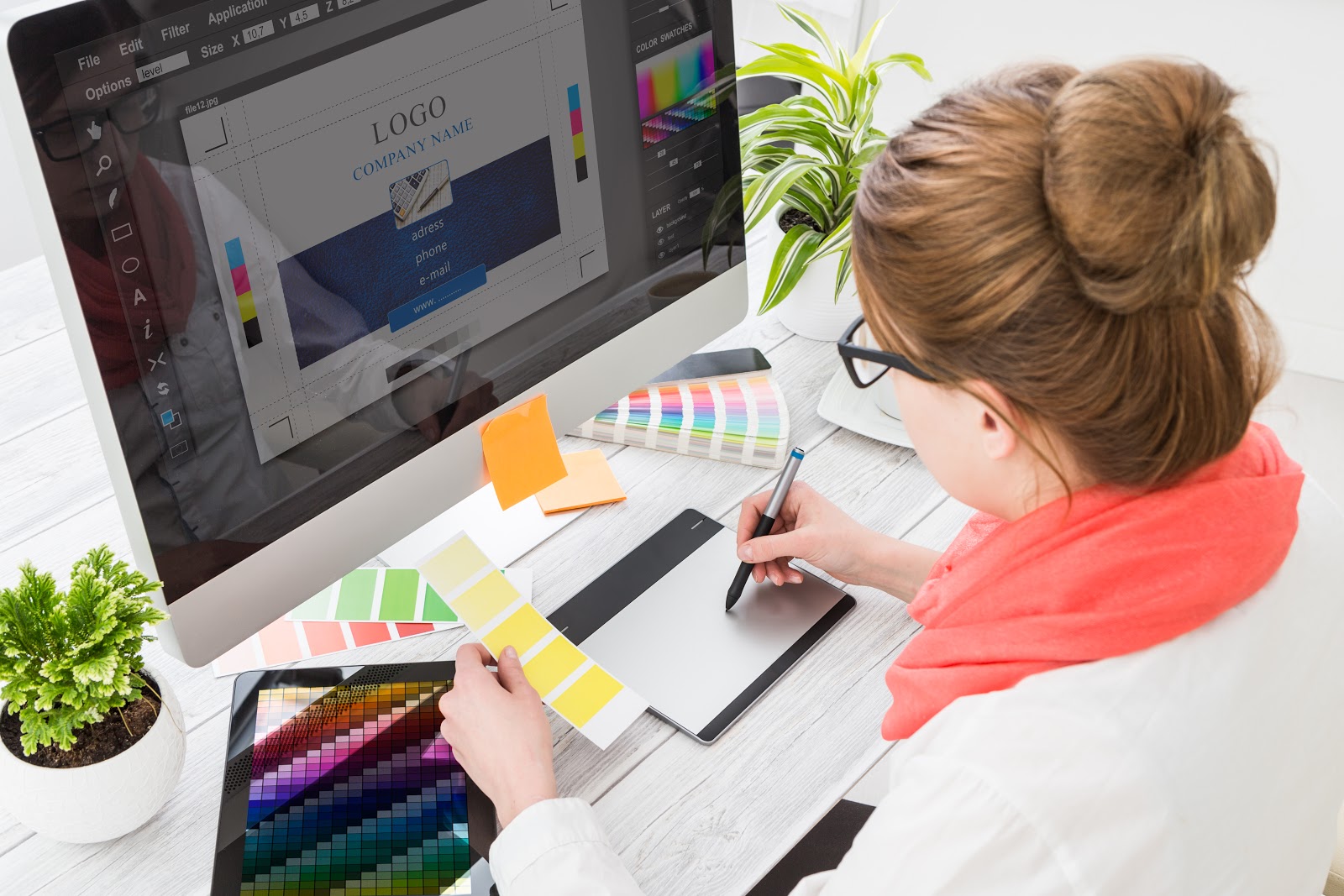 If you have an inkling for visual art such as drawing cartoons and making videos, this job is for you. You may work in advertising or marketing, television studios, software development, consultation, corporate branding companies. Your work is essential for websites as they require rich graphics for visual appeal. Another subset of graphic design in the video graphic artist who is responsible for making videos of animation, infographics or real-life videos. 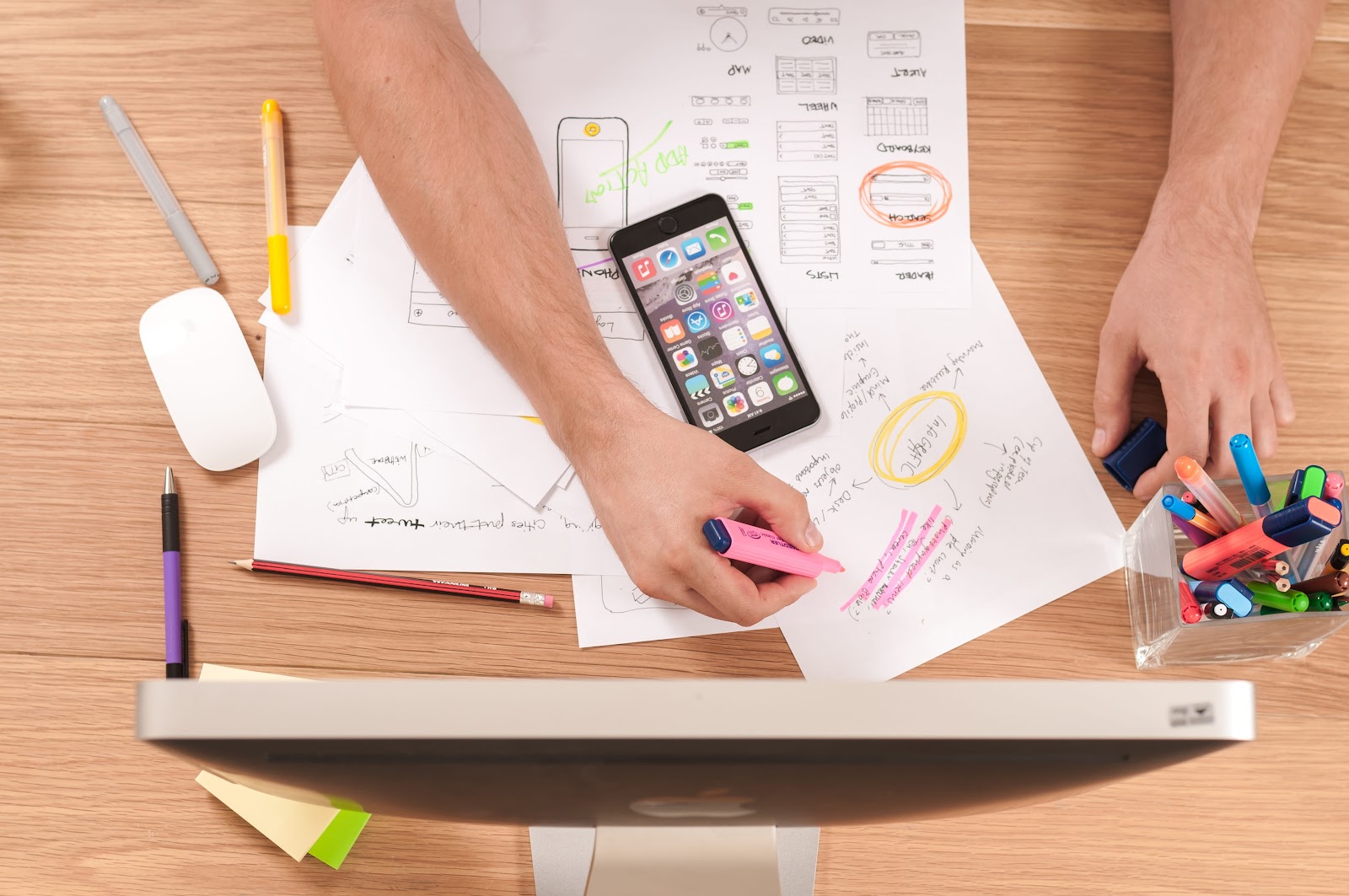 The craftsmen behind messengers - WhatsApp, Instagram, Snapchat, and Netflix are software engineers. You may make coding for computer apps and mobile phones using programming languages, code repositories, and test software before its rollout. You’ll also make patches or upgrades that are regularly released to the user. You’ll work in small, medium and large companies and a team of graphic artists, copywriters, DBAs and software testers. 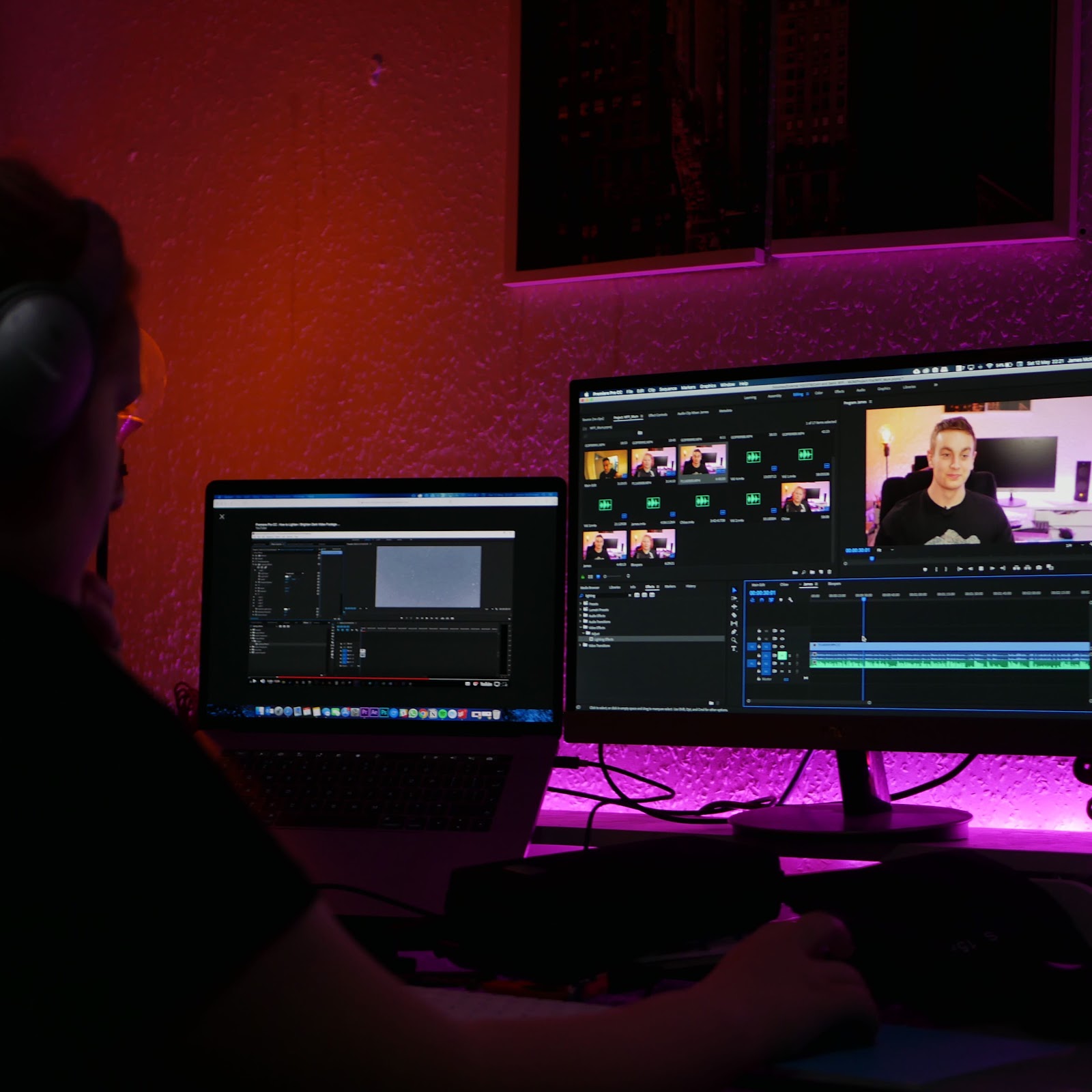 Browsing through Youtube, Vimeo and Dailymotion and social media, you’ll find a lot of interesting shareable contents such as infographics, magazine clippings turned into video, animations and photo compilations. Interesting video content such as from Be Amazed and infographic show won’t be possible without the video or motion graphic artist. In this job, you’ll make motion graphics for large corporations, advertisement, marketing products, and technical shows. You’ll combine sound effects, photos, vector graphics and animation tweaks into a video. 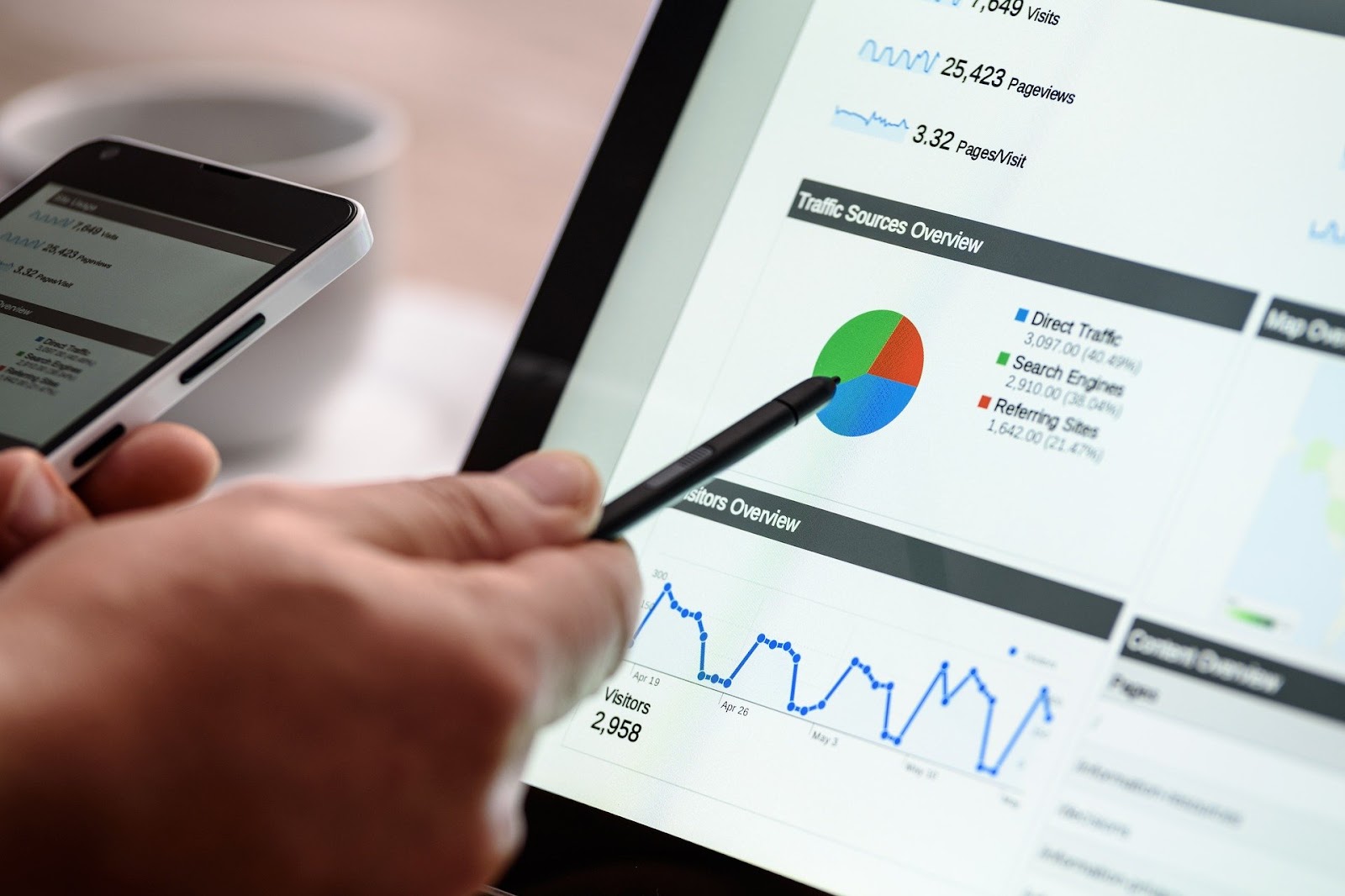 Photo by Photo Mix from Pixabay

A search engine optimizer’s tasks are to increase the website’s visibility in a search engine by improving/optimizing the web page to increase the page rank. When a website’s rank increases, so too its appearance in search engine’s pages. You’re most likely to work in an SEO department,  front-end web development team, and marketing team but that depends on the company’s size and culture. Your work is crucial for the success of a website as your job’s purpose is to let internet folks know a website’s existence, otherwise, no one can find a business’s products and services. 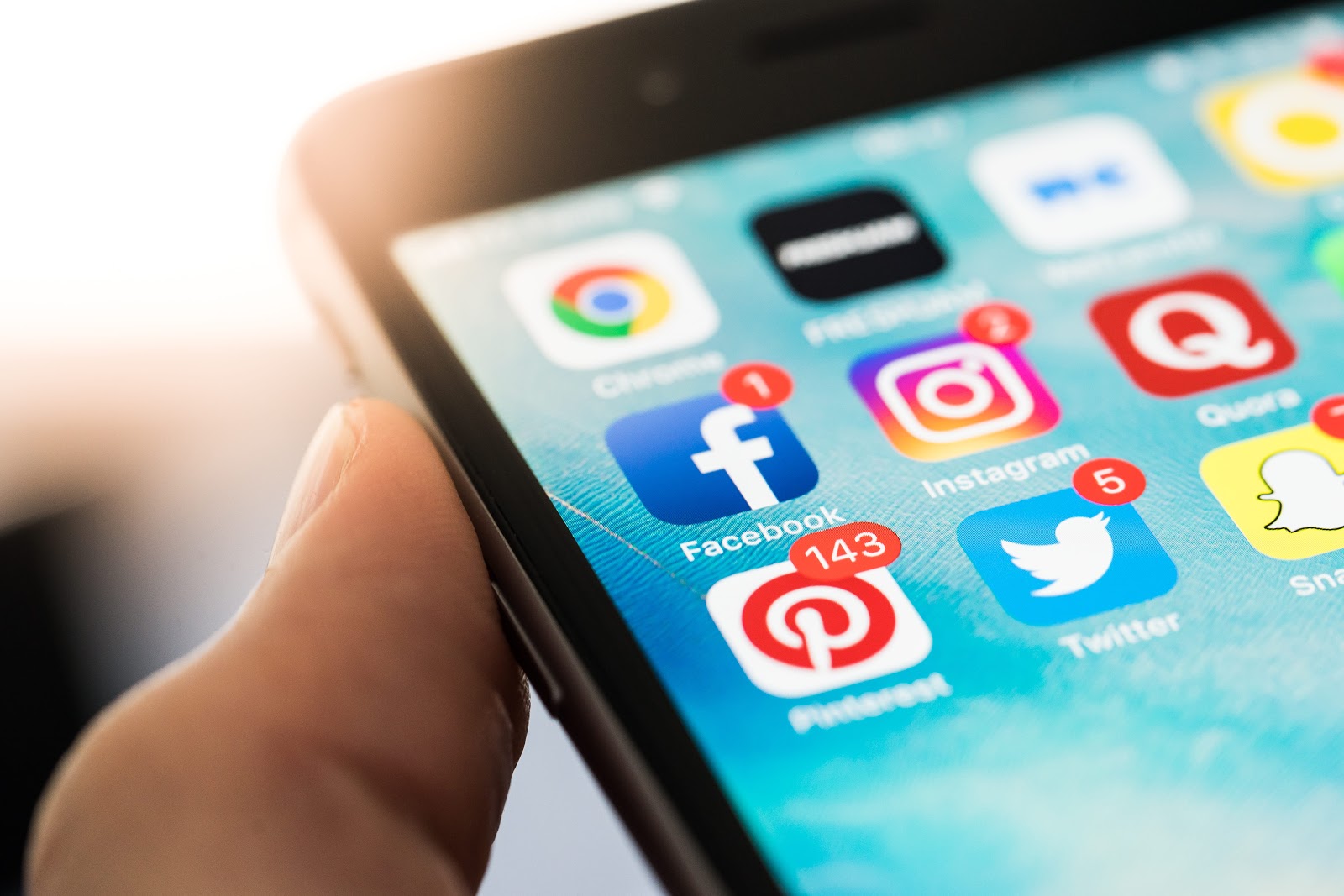 Dubbed as a social media manager, social media coordinators are masters in using Facebook, Twitter, Mix, Pinterest, Tumblr, Instagram, and other social bookmarking/networking sites to reach an audience, increase subscribers, market products and services. This role is a subset of Search Engine Optimisation and some skills needed here overlap with SEO. You’ll likely work in a marketing, SEO and web development or media company. You may work as a consultant or a freelancer for a number of companies that maintain their website. 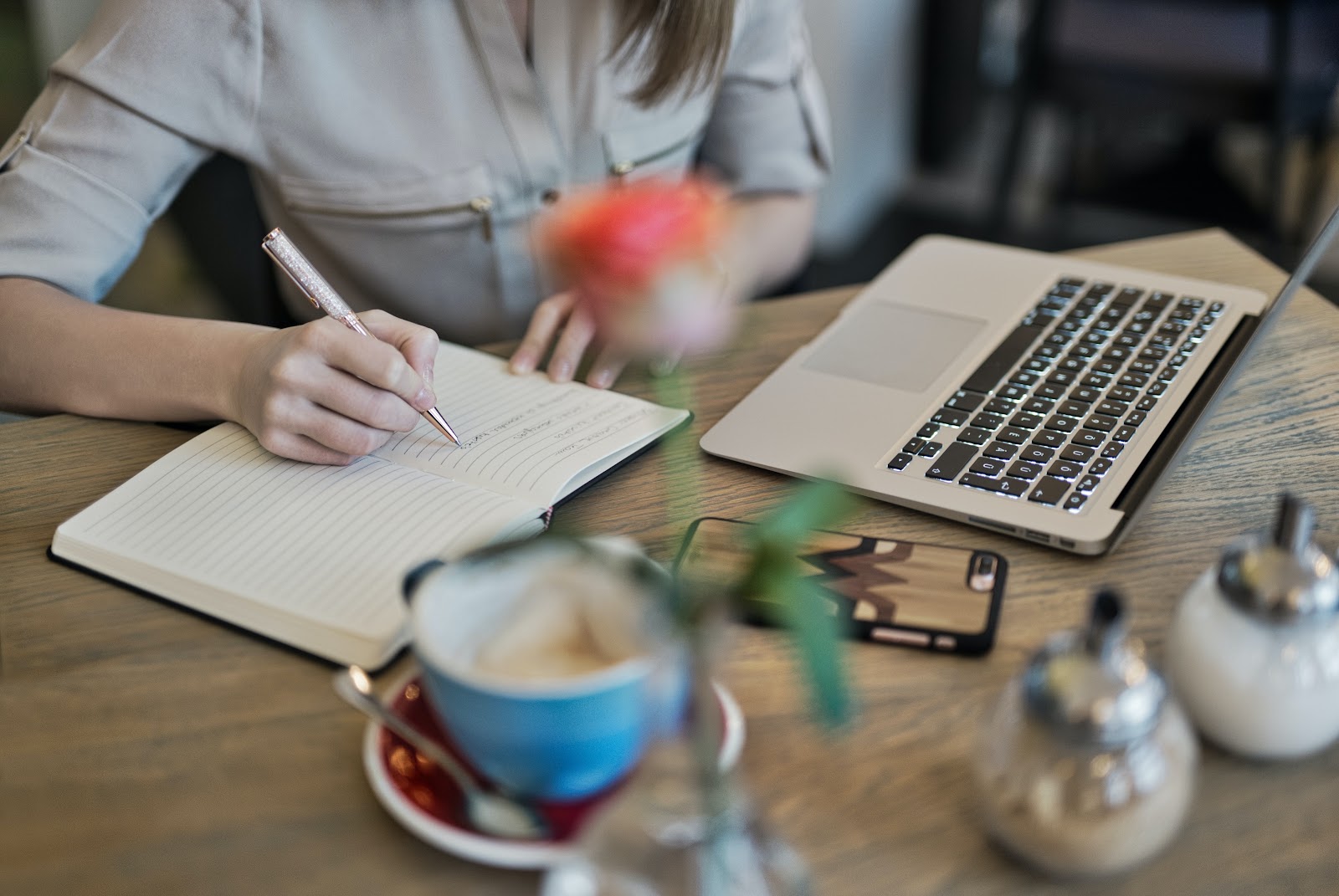 Photo by Judit Peter from Pexels

A technical writer is another type of writer. A day in your job includes making technical documents that industries need to communicate clearly and efficiently. You may work in companies/organisations dealing with healthcare, software or web development, engineering, architecture, construction, aerospace, chemical processing, defense, controls, and instrumentation.

Your job is also called engineering writers as you’re expected to produce an accurate, clear, concise and useful technical document. Your writing style will be direct, plain, and clear sentences and paragraphs. You’ll also use charts, graphs, flowcharts, photos and vector graphics to make the technical document easy to digest.

For instance, if you work in a smartphone manufacturer, you’ll write a manual that explains how to use such a phone. If you work in an architectural firm, your task is to make manuals for building structure and design. Generally, across companies, you’ll write training guides, manuals, layouts, outlines, white papers, software test plans, project plans, and design details. 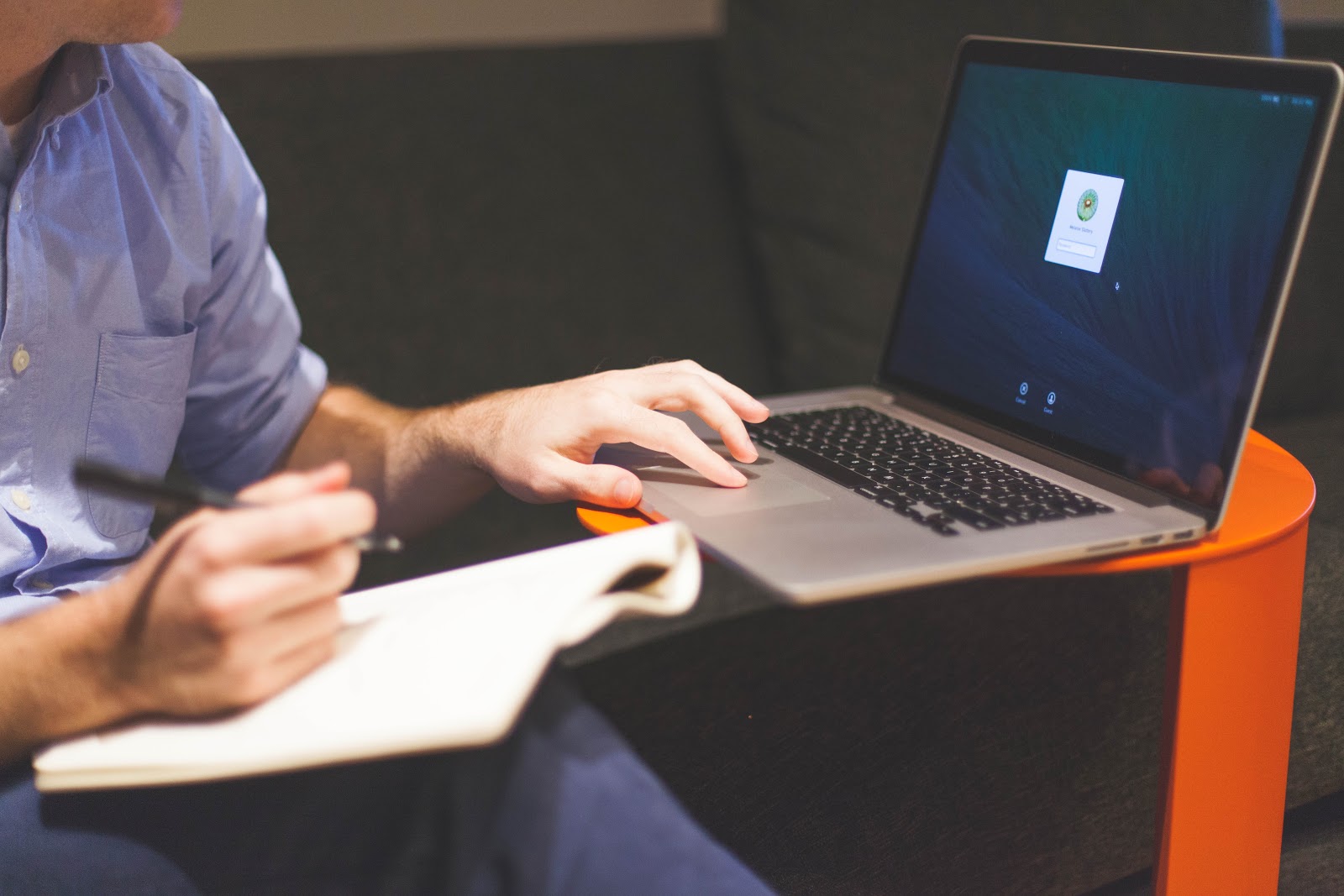 Content writers or copywriters write contents for the website's landing page (home page) and blogs for sub-page. Depending on the company’s size, training and culture, they may research keywords, use search engine optimization (SEO) techniques such as leaving links to social bookmarking websites. You could be a part of an editorial team, media team, research team. Content writers make up a crucial part of the front-end and SEO team as they provide readers with visual info through text. 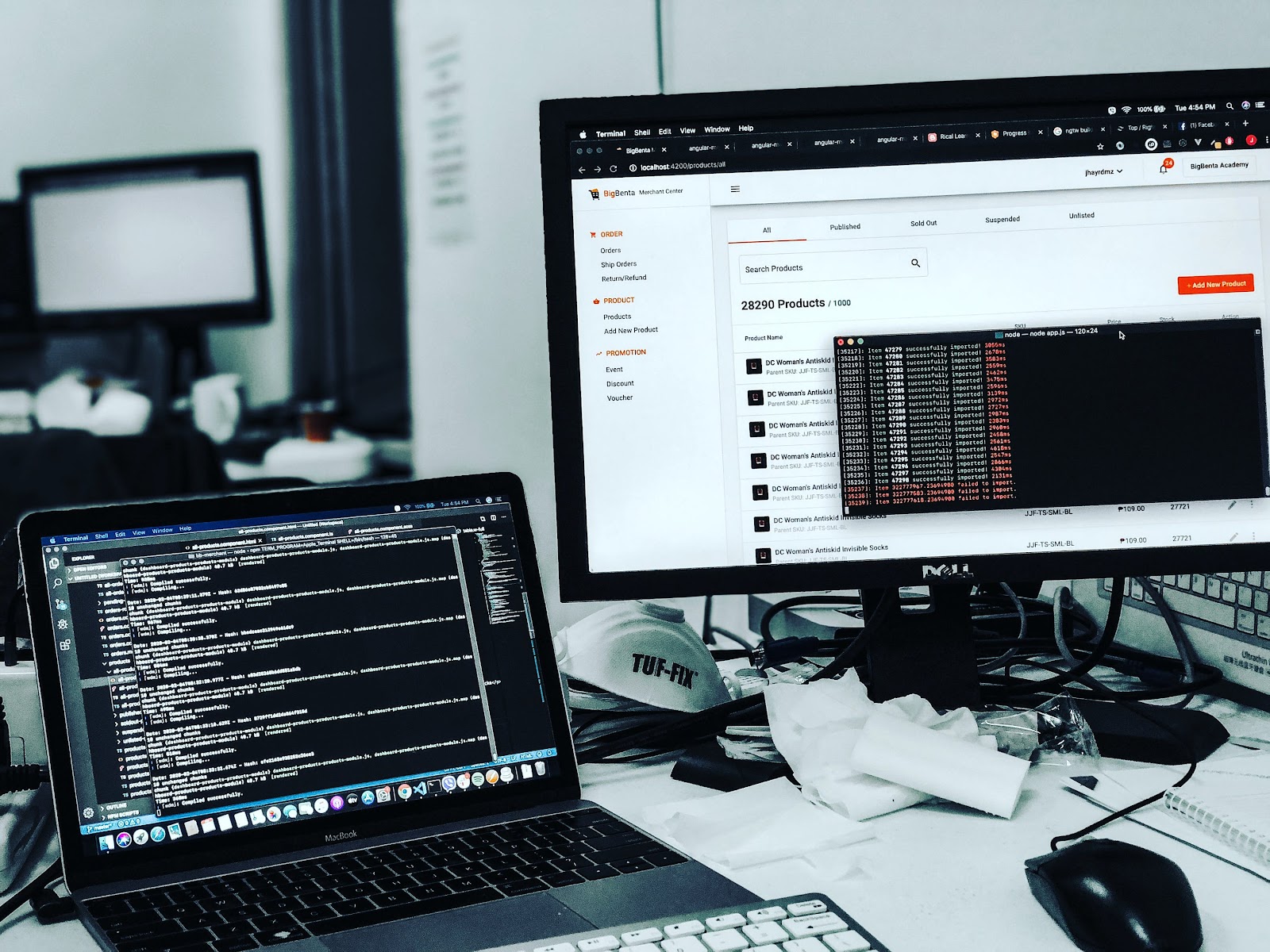 Photo by Robi Pastores and from Pexels

This job makes you a master of building websites that are made up of codes, texts, photos, and video info. You run these pieces of info through web browsers that are connected via the internet. You’ll likely work in web dev companies or as a support for an organization dealing with broad infotech services. Your role exists in three kinds - front end, back end, and full-stack. The front end makes the visual part of the website, the back end for the controls inaccessible to the user, and full-stack - the one who knows both types.

What are the skills needed to be a web developer?

Each of these skills gets updated as web development languages and new techs improve. These skills were updated for the year 2020 at the time of this writing.